Op-Ed – Use Stimulus for Childcare 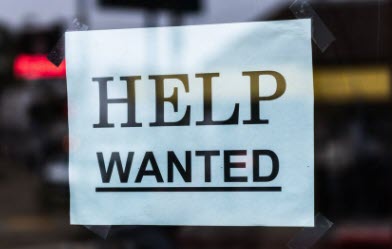 As our nation emerges from COVID restrictions, our Georgia economy is roaring back to life. Unemployment is down to 6%, homes and cars are selling briskly, and consumers have cash in their pockets from stimulus payments and from saving money while sheltering in place.

Gov. Brian Kemp has taken steps that will encourage more Georgians to go back to work this summer. He recently announced that in June he’ll end our state’s participation in the federal program that boosts unemployment checks by $300 weekly. With the federal program not requiring recipients to look for work, unemployment payments became too attractive for many to give up.

Efforts deemed as a disincentive, though, aren’t the only problem.

I lead two Community Improvement Districts that represent 600 businesses in Tucker and 1,800 in Gwinnett County. Many are hungry for workers. To name just one example, Tucker Brewing Co., a maker of delicious local beers and currently ranked as a top beer garden in the US by USA Today, is currently looking to hire 20 people. And that’s just one small business!

We recently held a job fair to match these businesses with willing workers. What we found were many parents ready and anxious to return to work but unable to find appropriate childcare.

As we all know, the move to virtual school and the long-term closure of a majority of daycare facilities forced many parents out of the workforce. Now that they’re ready to return to these open jobs, they’re finding childcare facilities that are operating below capacity due to a lack of workers.

At the start of the pandemic, only about 30% of the 4,500 licensed childcare providers in Georgia stayed open. Today, practically all of them are back open and ready to take in more kids if they can hire enough caretakers.

Clarian Place Child Care and Learning has operated multiple centers in DeKalb and Gwinnett counties for more than 15 years.

According to Teresa Hicks the president of Clarian Place, “We faced a mountain of challenges during the pandemic. As COVID fears increased, children stayed home. Even though we were deemed an ‘essential business’ to care for the children of front-line workers, we had to lay off half our workforce. Now we’re trying to build back, but we’re struggling to attract good talent, even at wages significantly higher than they were before the pandemic.”

Hicks points out that bringing in more childcare workers will have an immediate positive impact on the overall workforce.

“Thirty percent of our full-time positions are vacant,” she said. “Bringing in one new employee means we can enroll approximately eight to 10 students.”

In other words, each childcare worker added leads to eight to 10 parents able to return to the workforce. The multiplier effect would have a seismic effect across metro Atlanta.

Our public sector is often directly involved with long-term workforce development programs that provide training for the needs of local job creators. It’s normally less able to assist with short-term labor shortages in the private sector.

City and county governments across the country will receive $130 billion in stimulus funds. Georgia’s mayors, city councils and county commissions will have to determine how best to use our share of that money to the greatest effect.

With the lack of workers hurting businesses – and that in turn threatening the tax base – local governments should consider directing some stimulus dollars toward helping childcare centers hire more staff, perhaps by supplementing wages until the labor market stabilizes and returns to some sense of normalcy.

Emory Morsberger is the executive director of Gateway85 CID and the president of the Tucker Summit CID, in Gwinnett and DeKalb counties, respectively.